Professional baseball player turned DJ and radio personality, Rock T aka Rocky Turner, has a heart to motivate people to stop making excuses and get it done.

After his career as a baseball player ended, Rock T set his eyes on becoming a radio DJ. After being rejected 5 times, he made the station an offer they couldn’t refuse. And it paid off! He has been in radio for over 20 years and is currently a sports analyst and member of the hilarious nationally syndicated The Rickey Smiley Morning Show. He has also appeared on the television shows Dish Nation and Rickey Smiley For Real. Rock T has taken his powerful and motivational messages to universities, non profits, and Fortune 50 Companies including McDonald’s, AT&T, Southwest Airlines, Metro PCS, Verizon, Fan Duel, NBA, Coca Cola, Comerica Bank, Red Bull, Cracker Barrel, and the NFL. His passion for giving back has led Rock T to create many initiatives including STOMP WARS, The Nations Largest Youth Step Competition, Dream Job Freedom an Online Program that has helped over 5,000 people reach their goals of finding their dream job or career. Rocky’s proudest initiative is ROCKTEEN, a Youth mentoring program that has served over 1500 youth.
Rock T attended the University of Texas at Arlington and continues to partner with his alma matter…
But his biggest passion of all is his family. He is a proud father of 2 daughters and a son and has been married to his lovely wife for over 10 years. 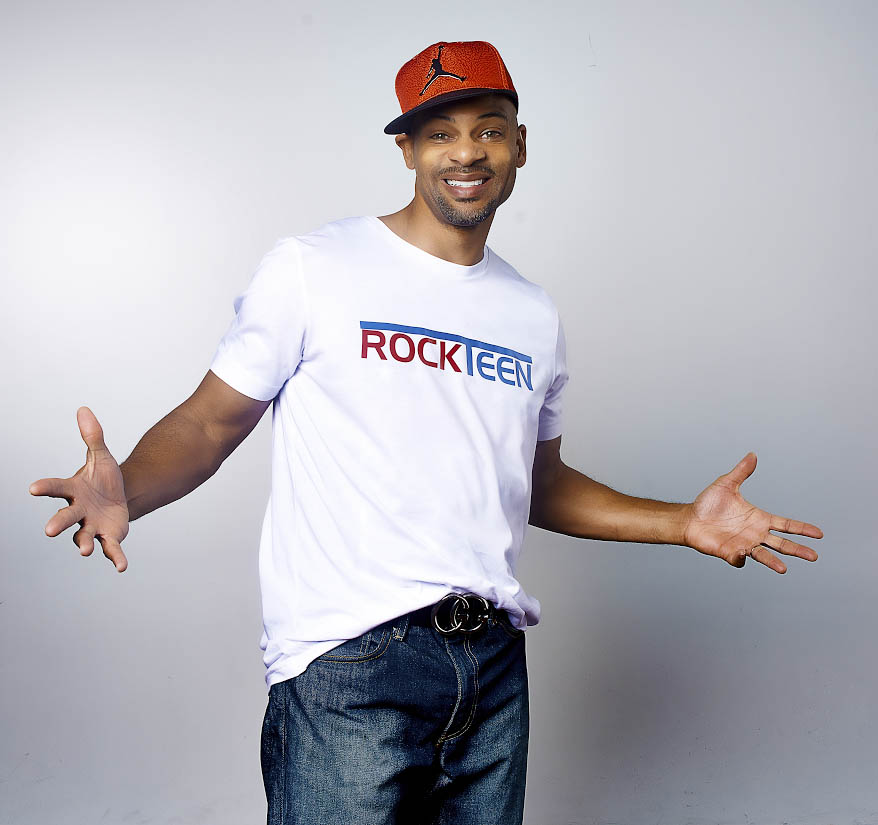